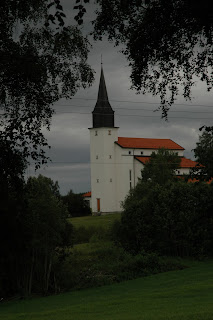 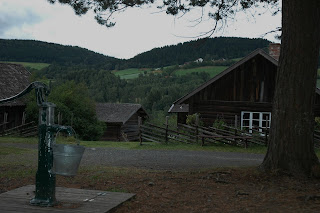 I had been forewarned of a route change north of Hamar. It must have been the stretch that gave me difficulty yesterday. I had climbed the Lundehagen and was descending by (wet) forest path to Trettsvea. At a critical point I reached signing that seemed very confusing and chose to descend losing distance to the Route 213 which I walked to Samuelstue Camping. The man there dropped his hytte/cabin price for me from 400 to 200 NOK with no explanation so I foreswore a tent site. A hot shower soon left me a happy man. Given as wet as it generally has been, I've concluded that one should look for indoor overnight shelter as often as practical. It does make the pilgrim walking more pleasant.
Posted by Mark Nienstaedt at 7:34 PM