Fridtjof Nansen: Getting a Grip on the World 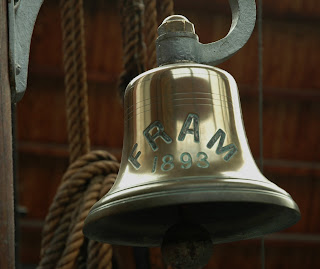 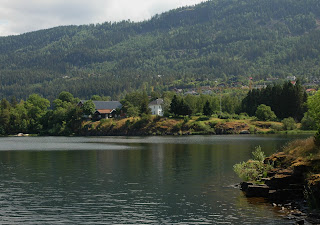 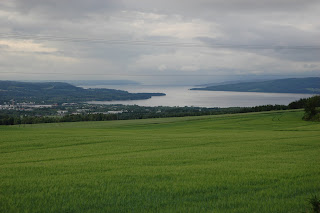 I bet you haven’t thought much about the “Armenian Genocide”. My estimate of the moral dimension of this modern diplomatic dance has firmed since my arrival in Norway. Fridtjof Nansen, who gained world fame for almost “sailing” an ice locked ship, the Fram (Forward in Norwegian), across the ice of Arctic Ocean to the North Pole between 1893-95 also won Norway’s only Nobel Peace Prize. He garnered his gold Nobel for successfully negotiating for the resettlement of thousands of Armenian refugees saving them from Turkish persecution. I learned this at the Fram Museum in Oslo where you can today walk the decks of the splendidly preserved Fram. With admirable objectivity the exhibit notes that the Western WWI allies, ours, incited the Armenians to revolt against their enemies, the Turks of the dying Ottoman Empire. The Turks retaliated with lethal effect.
Nansen was my idea of an Explorer—one who manages to come to grips with the whole of the world. He was also the first to ski across the Greenland Icecap. The Fram took Roald Amundsen to Antarctica where he became the first to reach the South Pole—on skis.
Four days out from Oslo, I’ve reached Sløvika tonight on the shore of the Randsfjorden. Lightning, the sharp crack of thunder, and rain drove me under the shelter of the Hole Kirke (church) doorway arch just an hour after I got underway at 6:30 a.m. this morning. I hope to reach Gjøvik in a few days from where I can sail across Lake Mjøsa to Hamar. A heat wave driving temperatures to records well into the 30s in recent days has given way to cool T-storms today.
Posted by Mark Nienstaedt at 7:48 PM