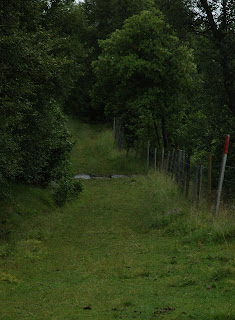 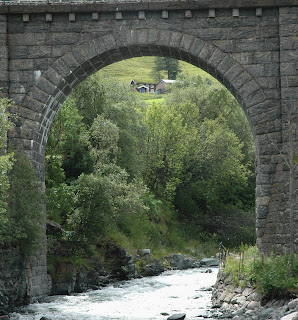 They had the appearance of bachelor farmers and this was Norway. I found them in a large shed obscured by brush from my Pilgrim way by triangulating on the sound of their voices. The shed contained a bit of sawmilling equipment and stacked, fresh cut lumber but these three, two old men and one younger, were solving world problems at a leisurely pace. They eyed me appraisingly as I approached. I was on a mission: Dry overnight shelter at the Muklia Ungdomsenter Og Leirskole. “Did they know where it was?” I asked. An extended, animated discussion in Norwegian erupted which I suspect included discussion of whether this grubby American Pilgrim was worthy of help. I inferred from the tone that they knew where the senter was. With only the younger man speaking English, the real issue was how to explain the complicated details. The oldest of them finally said something conclusive and the other two laughed. The old man, the young one explained, would drive me there. Off route and done for the day, I accepted. Shoving tools and bachelor detritus aside to make room for my pack, we set off in his wagon. He spoke Norwegian the whole way. I learned that he had a daughter in New York City and loved President Obama.
Posted by Mark Nienstaedt at 7:01 PM